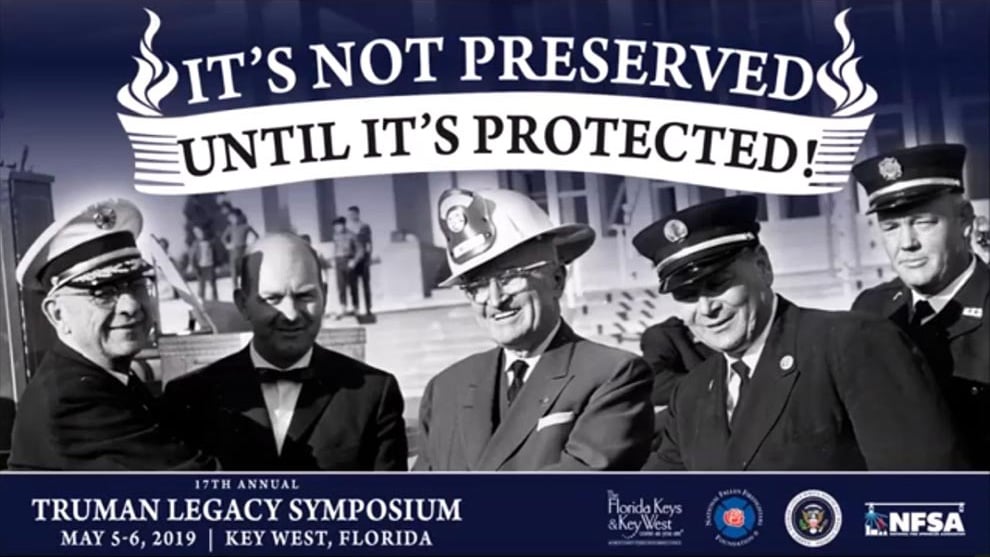 For 17 years, the Truman Little White House in Key West, Florida, has honored President Harry S. Truman with an annual symposium. This year’s event (May 5 and 6) was hosted by the Key West Little White House, the National Fallen Firefighters Foundation (NFFF), the National Fire Sprinkler Association (NFSA), and many corporate sponsors. It featured fire service leaders past and present and members of the Congressional Fire Services Institute’s National Advisory Committee. Participants included five administrators from the U.S. Fire Administration (USFA) and a former director of the Federal Emergency Management Agency (FEMA).

In the 1940s, the United States had an out-of-control fire problem. Numerous fires claimed thousands of lives (see chart). Truman acted, bringing together country leaders for a fire prevention conference on May 6, 1947. He opened the conference by saying, “Safety from fire should not be a topic for discussion only one or two weeks of the year.”

The objectives of the conference were to gain: 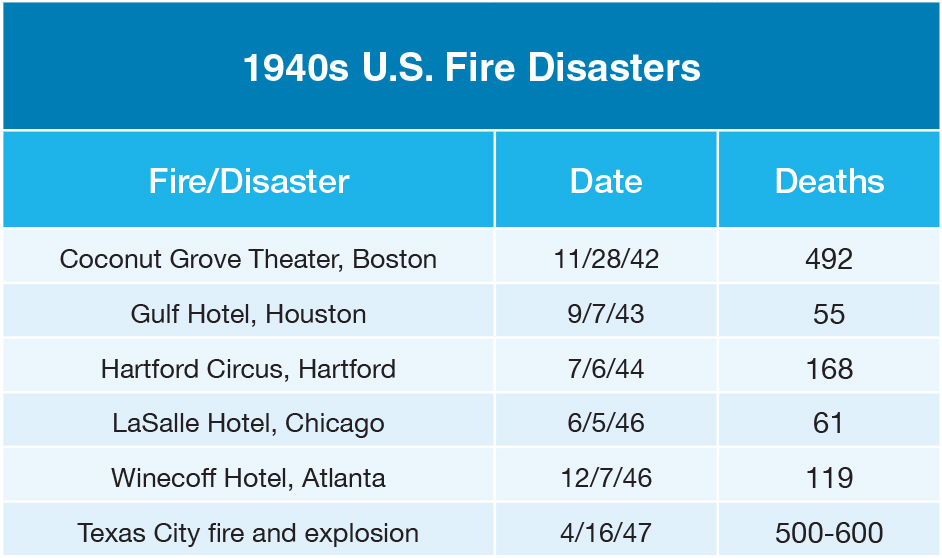 A year after that first meeting, the national committee reported strong progress:

Since that conference, public support of major fire prevention and safety laws has created a safer country, shown by examples such as:

Lorraine Carli of the National Fire Protection Association (NFPA) reported that we’re safer today than in 1947; for example, in 2017, fatalities from fire were down to 3,400—but that’s still one of the worst fire death totals for an industrialized nation.

Jonathan Jones, South Carolina’s state fire marshal, talked about building code changes since 1947. He illustrated that modern construction and furnishings burn at a much high temperature and rate of spread, demonstrating the need for stronger codes and the use of suppression technology.

Keith Bryant, USFA administrator, said that although the fire problem is better than in 1947, in 2017 there were still more than 1.3 million fires, which killed more than 3,400 civilians, injured tens of thousands, took the lives of 87 firefighters, and caused $10.6 billion in property losses.

Patrick Morrison, assistant to the general president of the International Association of Fire Fighters (IAFF), took a more personal track and spoke about the human toll on fire service personnel. He reported that occupational-related cancers now account for 65 percent of line-of-duty deaths, with a much greater toll on retirees.

Chief Tom Jenkins of Rogers, Arkansas, an International Association of Fire Chiefs (IAFC) past president, discussed the ever-expanding roll of fire departments. Over the last 20 years, fire departments have added response functions for emergency medical, emergency management, hazardous material, and other types of disasters. The evolution to all-hazard response and proactive community risk reduction is the future of the fire service.

Steve Kerber, director of UL Firefighter Safety Research Institute, presented on firefighter safety, the history of fire research, and the progress made since 1947. He stated that future research needs to deeply consider fire engineering research, big data, artificial intelligence, predictive analytics, and residential fire, because such fires are the leading cause of death in the United States.

Dr. Lori Moore-Merrell of the International Public Safety Data Institute (IPSDI) discussed the importance of data. She gave an overview of data since 1947, noting that “data as a concept was not a common topic of discussion.” She said the future of data needs to be supported through accurate reporting by fire departments. This must be combined with future research and data-reliant symposiums, such as Wingspan VII and Tampa III. Dr Moore-Merrell defined the future success of the fire service as dependent on “KEA”: Knowledge, Enlightenment, and Action.

Chief Shane Ray, president of the National Fire Sprinkler Association, closed the session with a description of how his organization and its members modernized the Truman Little White House fire protection system at no cost to the museum. He told how communities are taking advantage of new tax laws that provide tax relief for adding fire-suppression sprinklers. He acknowledged the benefit of projects through which ISO is working with communities to inspect and define protection systems in commercial properties.

On the second day of the symposium, NFFF hosted the Truman Fire Forum. Attended by 90 national fire service leaders representing 64 organizations, the forum sought to discover and prioritize the most important issues affecting fire protection in the United States and establish topics to be researched and addressed at the 2020 symposium. Thirty-five items were defined, and the moderator narrowed those down to 24. After discussion, the group defined the top five issues to take priority in the next few years:

The 17th Annual Truman Legacy Symposium honored the good work of all those who participated in the 1947 conference and defined the issues facing the next generation. Now it’s up to the fire service leadership to take charge—just as Truman did—and work hard to make the United States safe from fire.