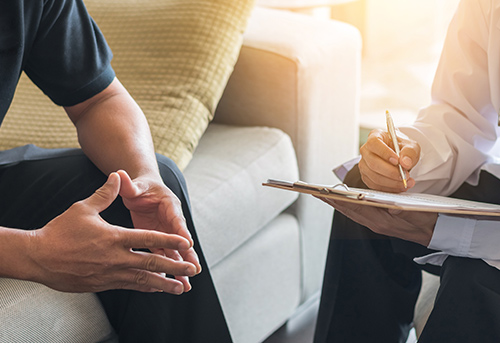 A career in the fire/emergency service is one of the most rewarding a person can have. The feeling you get when you make a positive impact on someone’s life—perhaps even saving that life—is hard to beat. Those experiences are why many of us become firefighters and why we stay in the service both as professionals and volunteers.

Of course, firefighting is also an extremely dangerous career, and those dangers go beyond the obvious perils of responding to fires and other emergencies. There are hidden killers for firefighters; and the top three are cancer, heart disease, and suicide, which account for most fatalities, both on the job or when retired. Fire-ground safety has improved significantly thanks to tactical changes implemented over the last few years, and now it’s time to shift the focus to the effects that firefighting has on the body and mind.

According to the International Association of Fire Fighters (IAFF), cancer caused 61 percent of career firefighter line-of-duty deaths (LODD) from January 1, 2002, to March 31, 2017, with that figure reaching 70 percent in 2016. Firefighters have a 9 percent higher risk of being diagnosed with cancer than the general U.S. population and a 14 percent higher risk of dying from cancer, according to research by the Centers for Disease Control and Prevention (CDC) and the National Institute for Occupational Health and Safety (NIOSH).

A lot of research is being conducted at the university level on the cause and effect of cancer in firefighters, but it’s clear that reducing the incidents of cancer starts with the fire departments. The National Fallen Firefighters Foundation (NFFF) has developed 16 initiatives for cancer prevention practices that they recommend fire departments implement and follow. The most important procedure is the safe handling of protective clothing combined with the rapid decontamination of both gear and firefighters themselves after a fire. Unlike in the past, dirty gear is not a sign of courage but a warning of cancer. Clean gear is the new badge of honor.

For more information, the Fire Service Occupational Cancer Alliance provides reports and materials that support the education and prevention of cancer in the fire service.

IAFF data shows that heart disease caused 18 percent of career LODDs for that same period of January 1, 2002, to March 31, 2017. The lead author of the study that produced that statistic, Denise L. Smith, Ph.D., pointed out that one of the greatest risks firefighters face is from underlying cardiovascular disease in combination with the physiological strain of the work on the firefighter. Smith is a Tisch Distinguished Professor and director of the First Responder Health and Safety Laboratory at Skidmore College in Saratoga Springs, New York.

The fire service has known about the risk of cardiac disease and death for years. Unlike cancer, heart disease has been recognized and recorded as a cause of firefighter fatalities and forced retirement, and the fire service is well aware that firefighting places a strain on the cardiac system. One recent study (funded by the British Heart Foundation and published in the journal Circulation by Professor Nick Mills of the University of Edinburgh) discovered that the core body temperature of firefighters remains high for three to four hours following exposure to a fire. Blood becomes stickier and 66 percent more likely to form potentially harmful clots, and blood vessels fail to relax in response to medication.

The researchers believe that the increase in clotting is caused by a combination of fluid loss due to sweating and an inflammatory response to fire heat. Blood becomes more concentrated and more likely to clot. The researchers also found that exposure to fire causes minor injury to the heart muscles. Not only does the stress from firefighting negatively affect the heart, but the temperatures involved in firefighting do too.

Perhaps the most disturbing illness now recognized as a threat to firefighters is suicide. The Ruderman Family Foundation, a philanthropic organization that fights for the rights of people with disabilities, reported that 103 firefighters died by suicide in 2017, compared to 93 LODDs.

The mental health of emergency responders is challenged every day. While the good feeling of saving someone’s life and helping that person through a terrible situation is exceptionally rewarding, there are many times when a firefighter can’t achieve a positive outcome. Those traumatic events with negative outcomes take a toll on even the most seasoned firefighter or paramedic.

Historically, the mental and emotional stress was perceived as just part of the job, and firefighters never discussed it. Even with the advent of post-traumatic stress debriefings and counseling, firefighters were looked down upon if they participated. That perception is changing, but the number of suicides indicates it hasn’t changed nearly enough. Every firefighter needs to participate in suicide prevention, and that starts by acknowledging and accepting the importance of counseling and psychological support.

Finally, there are many support networks, but the most important is a culture where all firefighters watch out for each other. Follow the NFFF’s guidance: ask, care, take an interest. Ask how fellow firefighters are doing, care enough to spend time with them, and encourage them to get help.

Denial can be deadly

Firefighters should never deny any symptoms that their body may be showing. Firefighting careers can take a toll on bodies during and especially after working. Too many firefighters deny what’s occurring to them when they don’t feel well. They must be aware of important resources and practices—practices that have been personally invaluable to me. I’m positive those resources allowed me to be here to write this article. Both my heart condition and cancer were found very early, while still very treatable, because I listened to my body.

Some time ago, I was feeling lightheaded once in a while. I went to a cardiologist who tested every cardiac-related organ and found them working well. Fortunately, my doctor didn’t accept those results and placed me on a halter monitor. In three days, the monitor showed that I was in P-wave asystole. The doctors immediately implanted a pacemaker. Since then, I’ve been doing great. But if I had denied the symptoms, I could have skipped one final beat.

Two and a half years ago I felt pain near my right kidney. I went to my general practitioner and was sent to the emergency room because “the hospital wouldn’t let me leave until they found the cause of the pain.” They found I had cancer on my right kidney. The cancer was treated by ablation, and I moved on.

Follow-up is vital. My surgeon and urologist continued to monitor me because of my firefighting history; and in December 2018, they found my cancer had returned. In my travels around the country working for ISO Community Hazard Mitigation, I’ve talked with significant numbers of firefighters dealing with cancer. They told me of the Firefighter Cancer Support Network. When my cancer returned, I called the network, and their support has been invaluable. Within 24 hours of my call, I had an appointment with the University of Miami Medical Center. They reviewed my case, and I had a plan of action in hours.

The moral of the story is that if you feel something different, check it out. In my case, the recurrence of my cancer was found early again, and I’m confident that I’ll beat it this time as well. My support network will stay with me and my family throughout the process for as long as I need it.

My message to firefighters is that there’s support for when you’re challenged by cancer, heart disease, or thoughts of suicide. Support will be there when we’re challenged by the unknown. Don’t deny what may be happening to you. Call for help. Don’t wait until it’s too late.